Born in Senegal (Africa) in a half spanish and french family, Bob Bonastre felt in love with guitar at fourteen. Presented as "one of the next best guitar players" by the french jazz press a few years ago, he decided, after many years of playing electric music with jazzmen, to follow another road, closer to his heart.

If jazz, rock and contemporary music belong to his culture, his work on the nylon strings guitar has opened to him a new direction, in which the sound is as important as the note. He plays most of the time his own compositions in solo concerts, introducing a very large language, made of harmonies sometimes complex, unusual sounds by usinga chinese stick or a piece of paper, and more and more, an astonishing three octavias voice.

His music speaks about travels, inner travels or around the world, taking the audience from continent to continent, with always the link of emotion and spirituality.

A music where the value of the notes is as important as the virtue of silence."

He has recorded three solo albums :


He has recorded the fourth album with two others musicians :
David Venitucci on Accordion & Christophe Wallemme on Doublebass.
"Ocean Dream" : 2016 / Arts & Spectacles Records

"Bob has endorsed the guitars of luthier Maurice Dupont,
the picks of picks maker Laurent Mary
and the cables from german maker Rheingold." 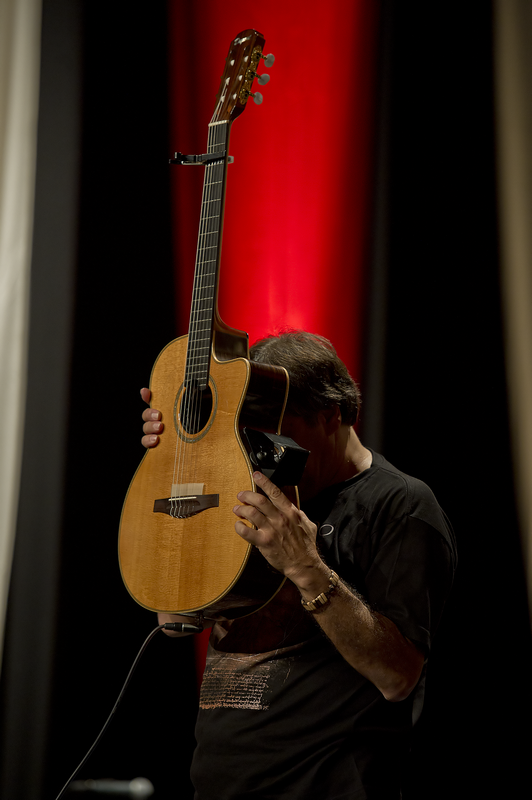